Unfortunately your browser is not supported. If you want to view this site you need to upgrade to a modern browser like Chrome, Safari, Edge or Firefox
Emma Saw
Fashion Design
Emma Saw
Bicycles were Ubiquitous
Fashion Design 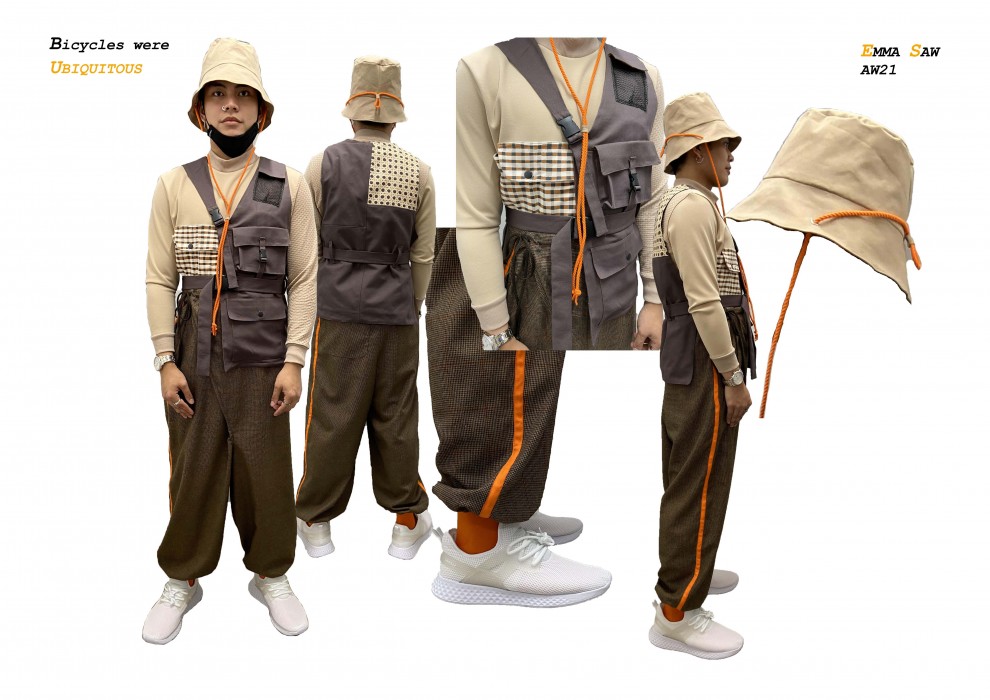 In ‘Bicycles were Ubiquitous’ Emma Saw delves into the 1950s, creating designs inspired by art, fishing and a variety of pastimes. Bicycles were prevalent in the fifties and they often feature in historic photographs of the time.

However, in this project, Saw is not presenting a pleasured pursuit of wistfully riding down the country lane. She states that this time period was ‘the patriarch of modernity – a hotbed for the new’. The fifties pushed boundaries and rebelled against tradition through clothing and fabrication. The period produced apparel that have become an everyday staple for the workforce in modern day.

*no bicycles were harmed in the creation of this work* 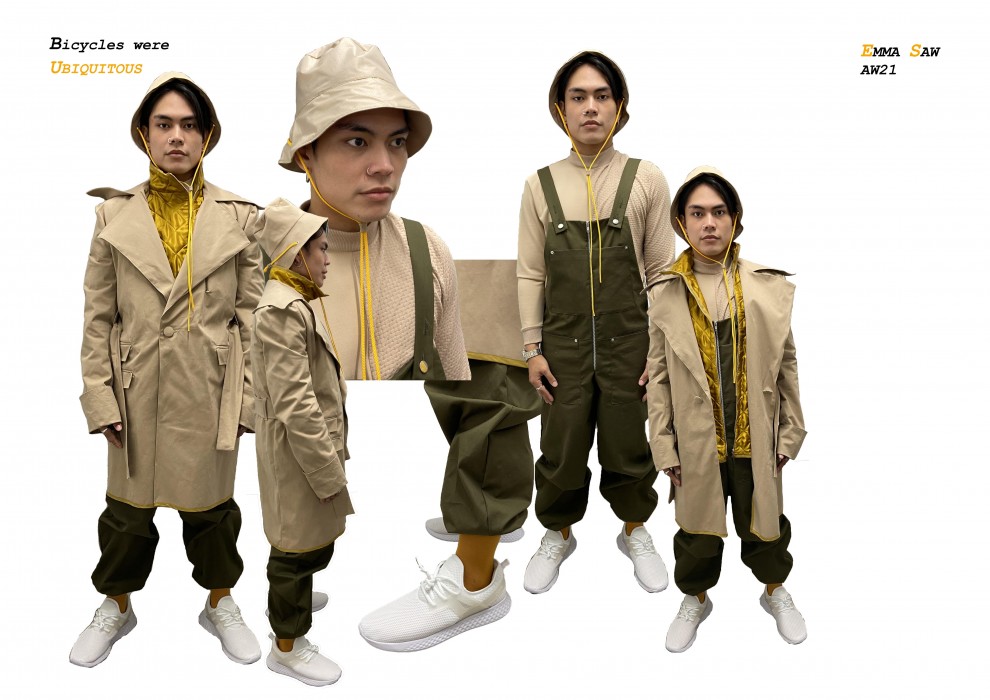