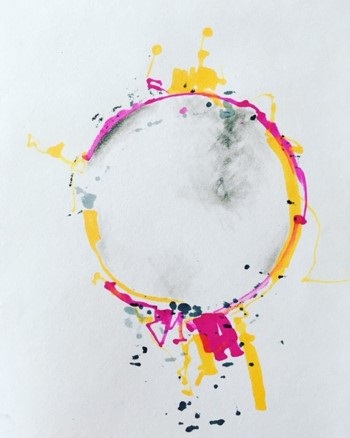 Taking a line for a walk looking for a dropped kerb

In his current drawings, the circular motifs could refer to various aspects of Phil Waterworth’s immediate environment. A wheelchair user, the wheel shape holds symbolic reference for him, not only in how he gets around but also with regards to his love of music and in particular, vinyl. There are also spiritual connotations that underpin a lot of his work. He is interested in the Zen tradition of Enso drawing where circles are drawn with one or two strokes of the hand. The drawings show the human touch and any mistakes are left in, the atrophy in Waterworth’s hands affecting the marks. Each drawing is a kind of map of a particular moment in time and space. The circle is pertinent also in relation to ideas of nothingness and the void, especially Samuel Beckett’s concept of waiting and nothing actually happening. He notes:

“Spending, as I do, large amounts of time housebound, the subject of boredom comes up in my work and it’s close relation, emptiness”.

Waterworth lives with a debilitating health condition that has profound impact on his day to day life and notions of transience and atrophy are critical to understanding his work.

“Very often I feel as if I am silently watching the demyelination chart its destructive path around my nervous system. Bodily movements such as walking, standing up, cutting food, begin to lapse. Predominantly in a seated position I value upper body movement and its relationship to space, how time values slow down as perimeters close in on me.”

For Waterworth there are political implications of using media that could be considered to be ‘non art’, ‘anti art’ or in a word, ‘cheap’: Marker pens, spray paint, biro pens, duct tape, all materials that are easy to access and assert themselves through their tendency to be temporary and brief. This DIY aesthetic has its roots in Waterworth’s relationship to music, particularly post-punk and acid house, transgressive genres relentlessly questioning upheld tradition and belief.

Waterworth graduated from the university of Central Lancashire with a degree in Fine Art (specialising in time based media) in 1998.  After moving to Sheffield in 2000, he taught art in secondary schools in Doncaster for 13 years before embarking on post graduate study at Sheffield Hallam University in 2018.  As well as being a qualified teacher, he is also trained in teaching meditation to people with chronic pain and other health conditions. 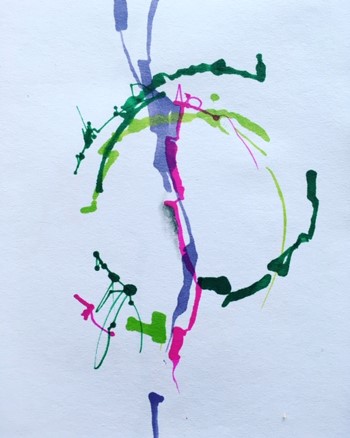 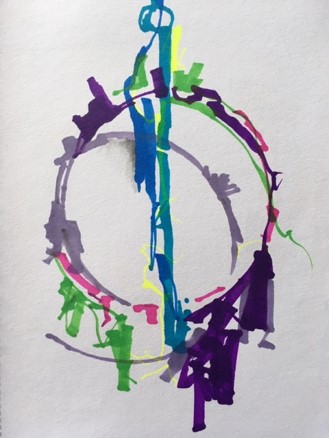 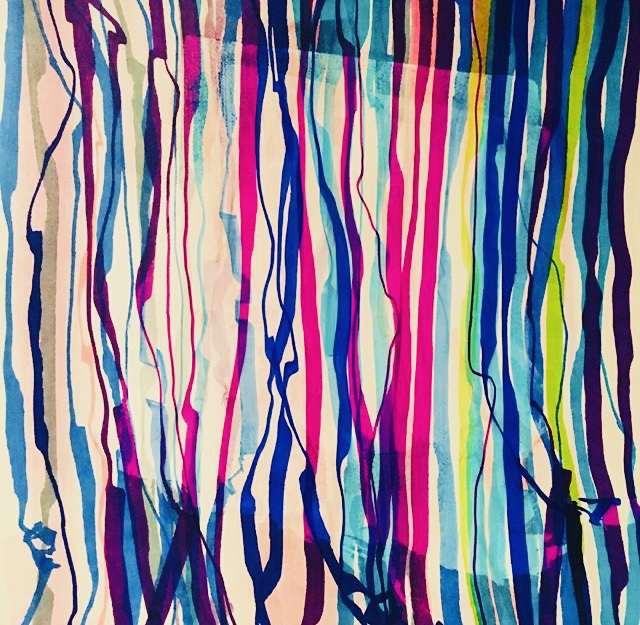 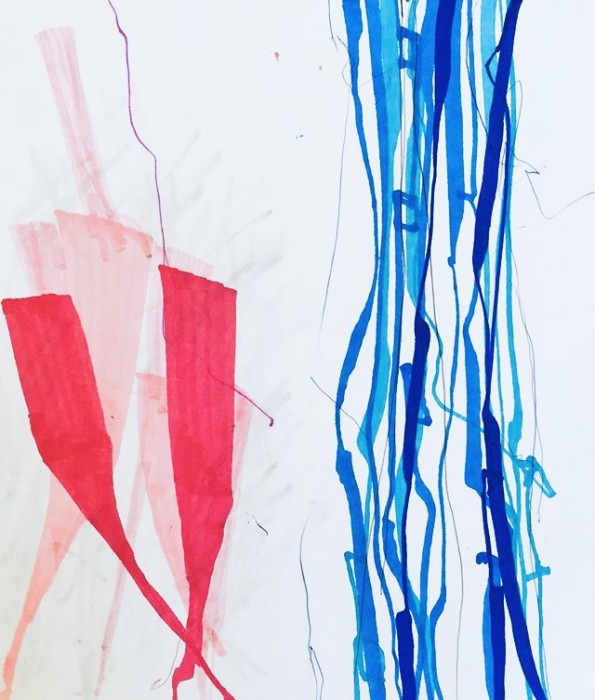 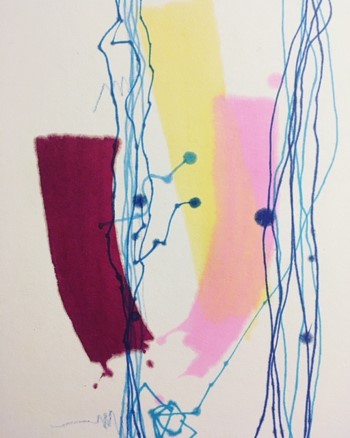 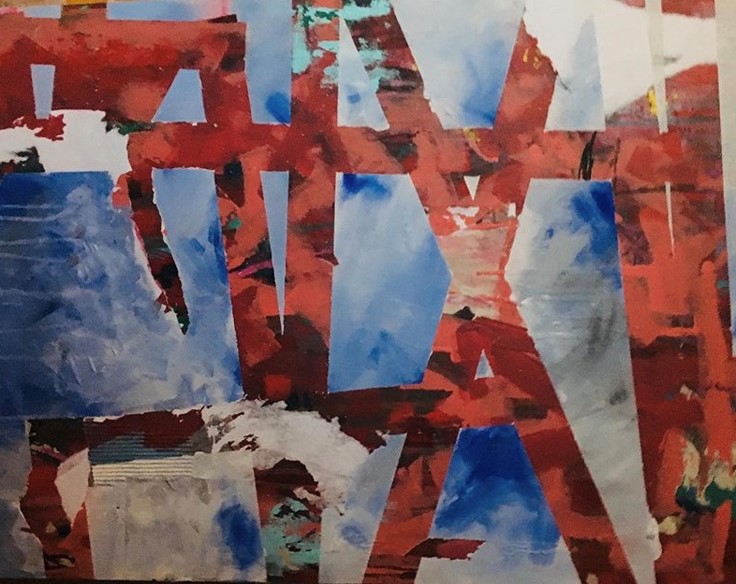 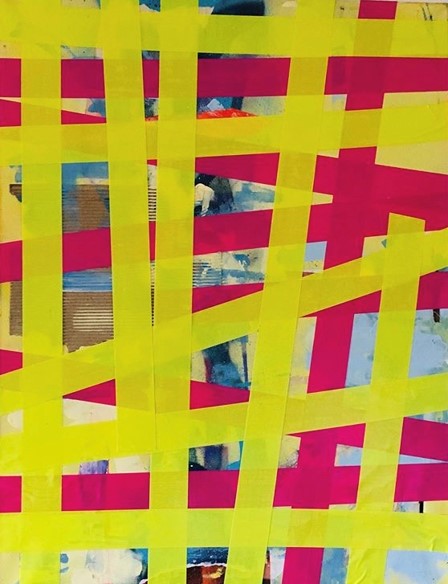 Rip it up and start again
Acrylic, spray paint, collage and duct tape on canvas, 90x60cm 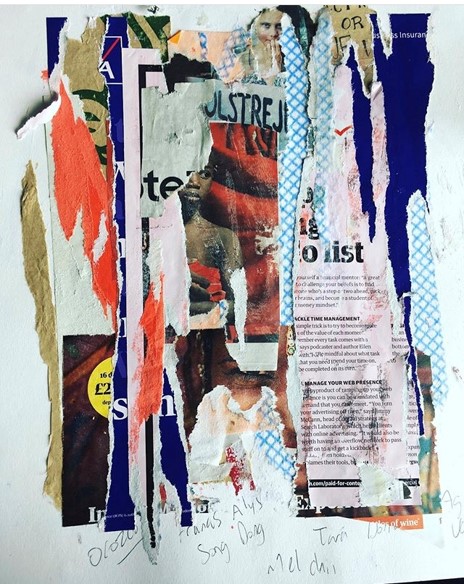 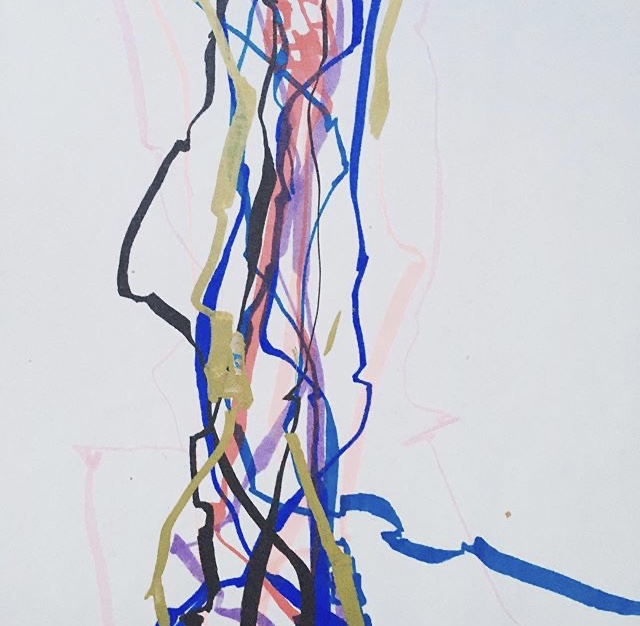