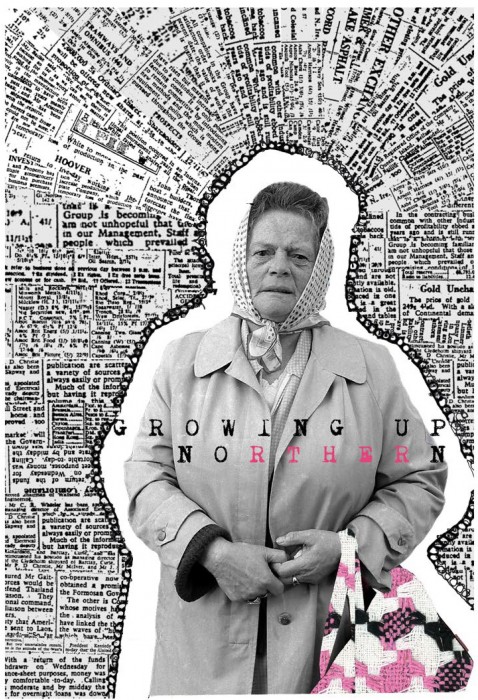 The important role of a woman within the household was the starting point for Victoria Batey’s graduate collection Growing Up Northern. For Batey women are a key figure within the family, yet at times, almost invisible.

Inspired by women from Northern England, in particular Batey’s Grandmother Doris who was born and married in Hexham, Northumberland then later moved the family to Staffordshire to support Batey’s grandfather and uncles in the mining industry. Growing Up Northern examines the changing role of woman within the household over time, focusing on those women who want to break the stereotype and become something other than a housewife. For this, Batey’s muse is a young woman in the 1960s both on the cusp of becoming a housewife, but yearning to break away from the era’s normality. This conflict might be seen in her contrasting of chic printed fabrics with subtle yet vibrant colours – vivid pinks are woven into traditional tweed.

Batey’s diffusion collection A Yearning Desire alludes to a woman’s desire to live in a big city, rather than the beautiful countryside. Drawing on Batey’s own experience growing up in a rural hamlet, the collection is inspired by imagery of both British countryside and England’s capital, London, with heavy print and silhouettes from sportswear and work clothing.

Victoria specialises in womenswear and pattern cutting, drawing on skills developed during her placement year at luxury womenswear brand, Mother of Pearl. 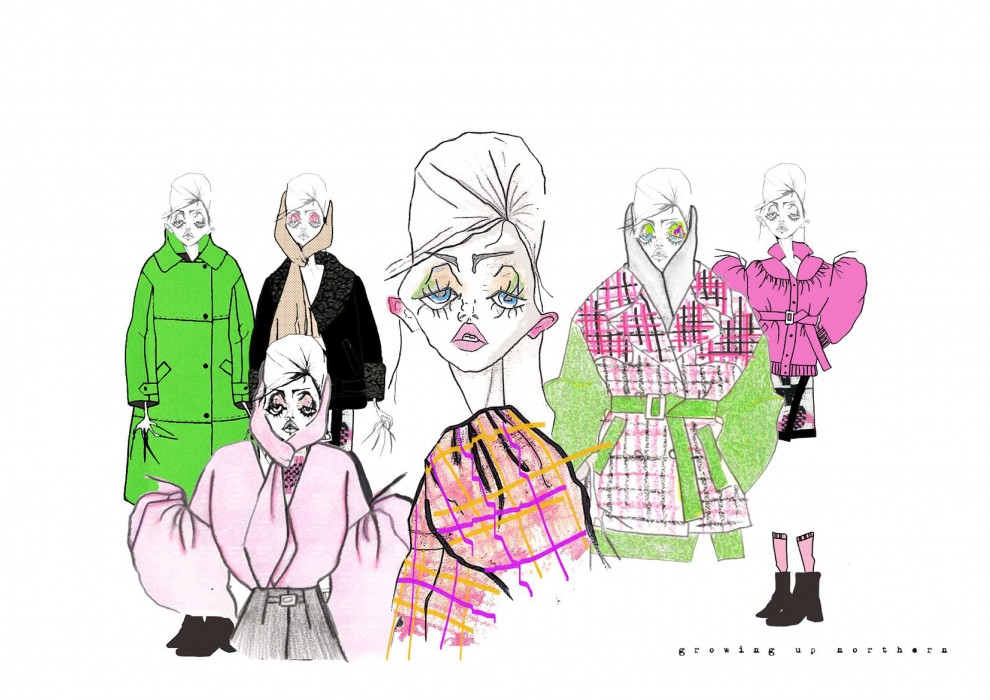 Growing Up Northern
Final Line Up 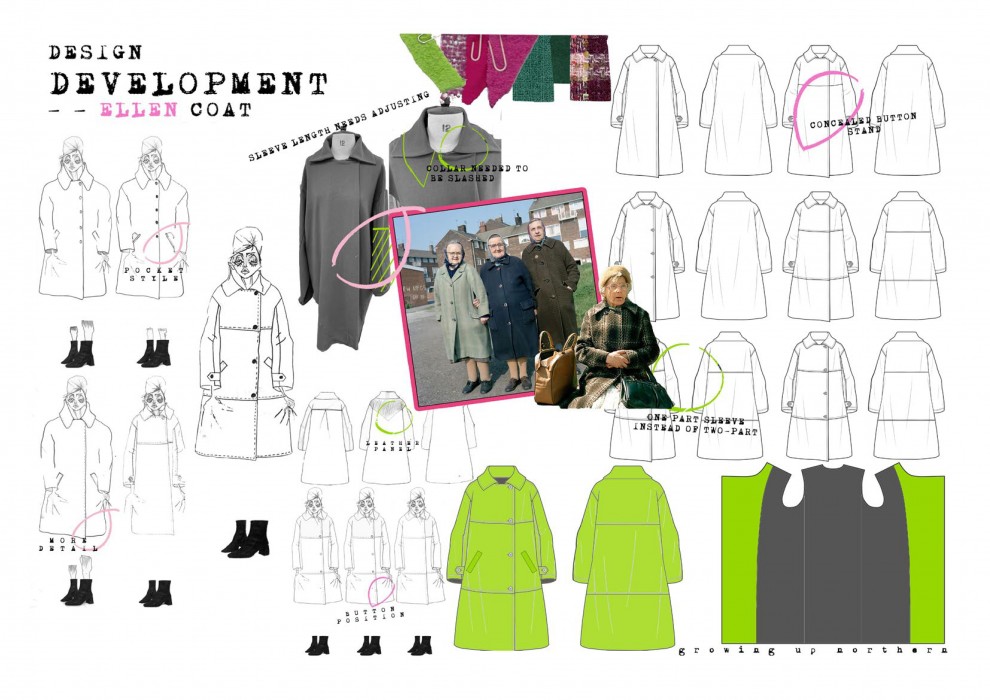 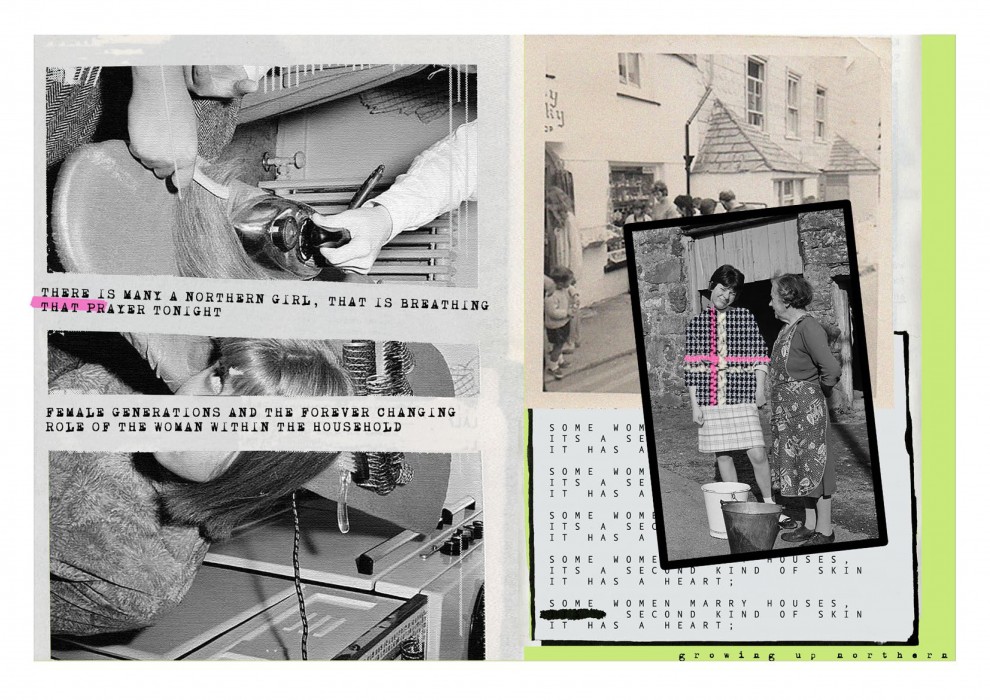 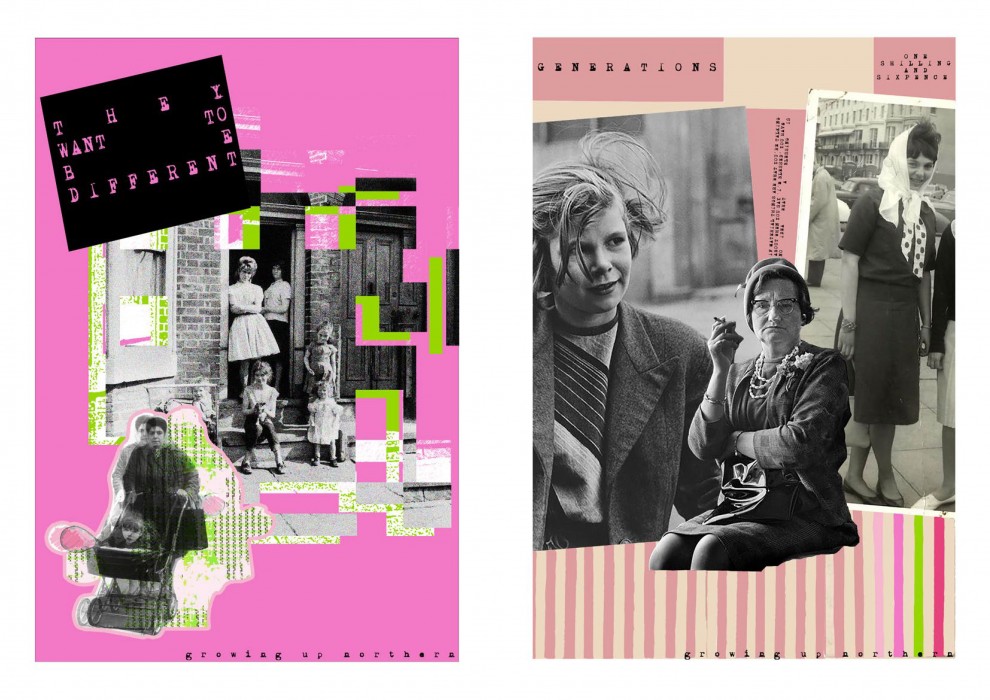 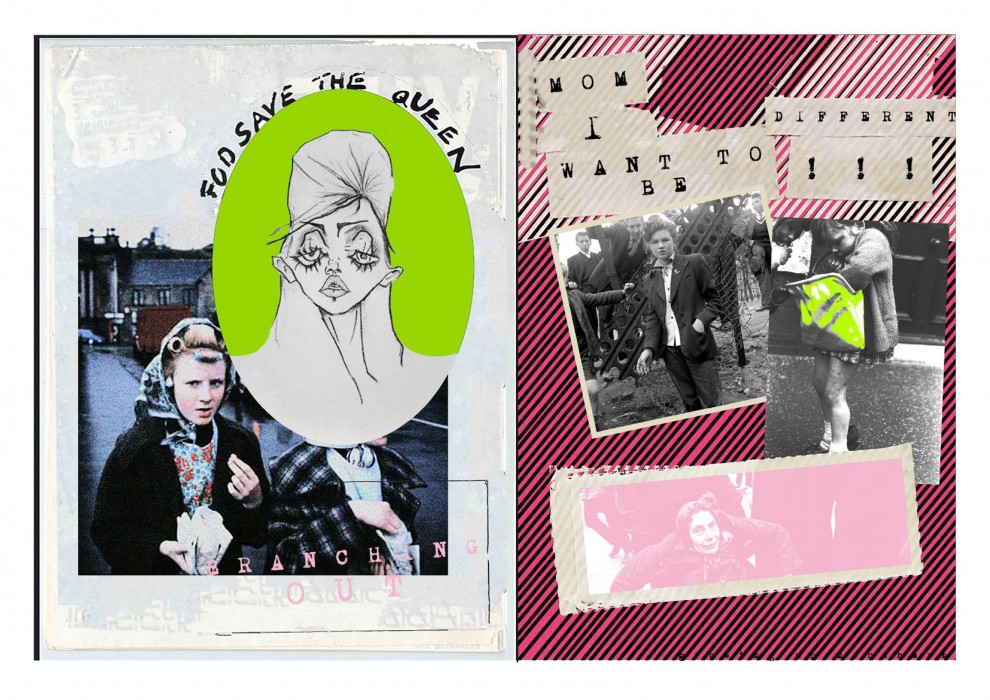 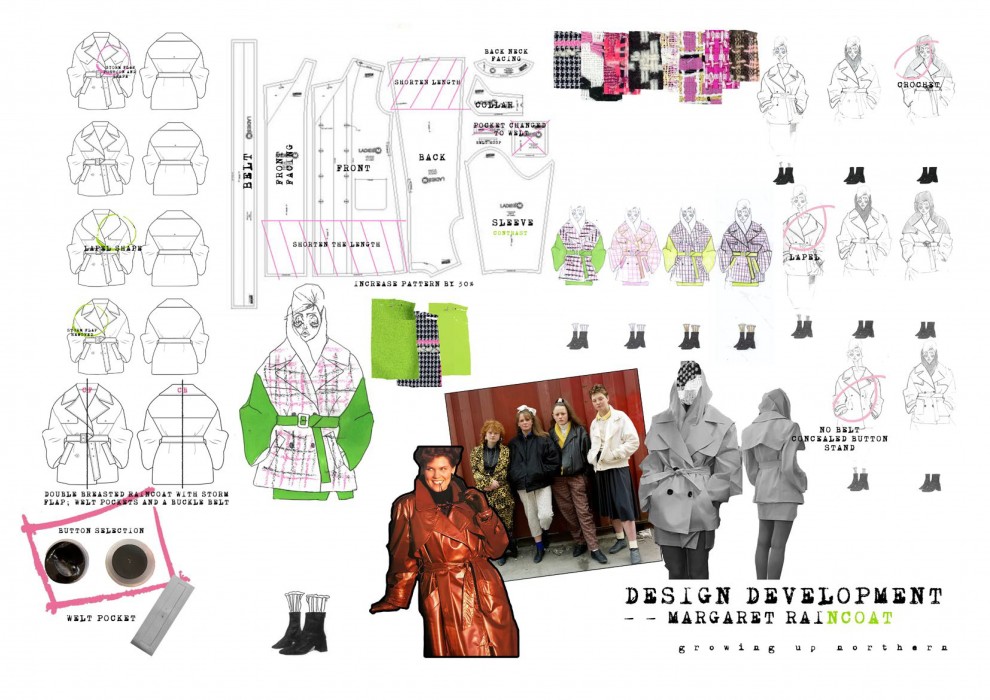 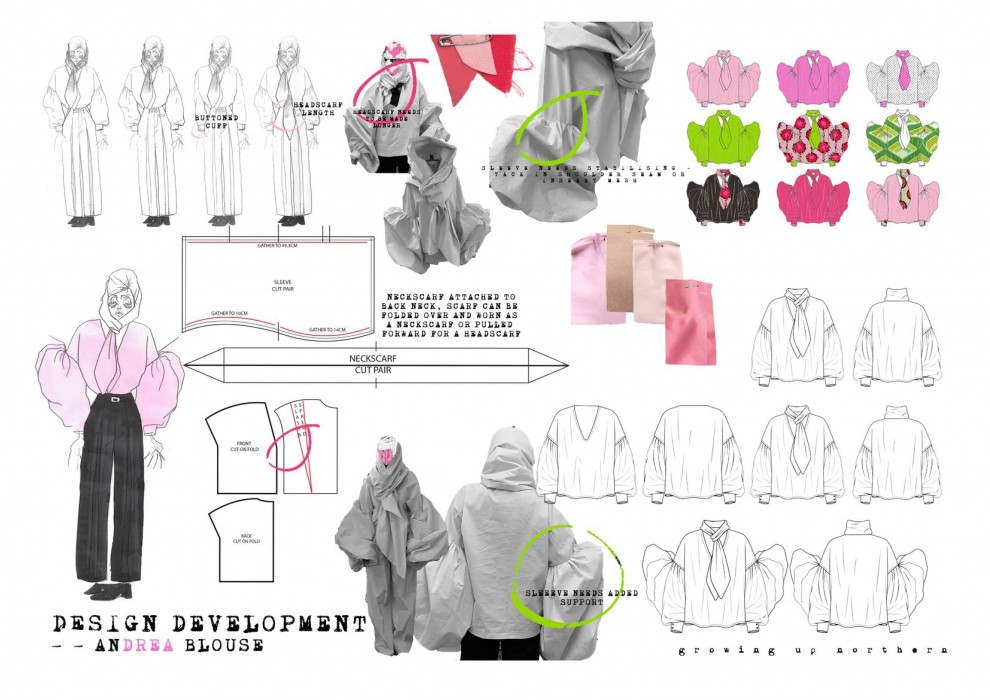 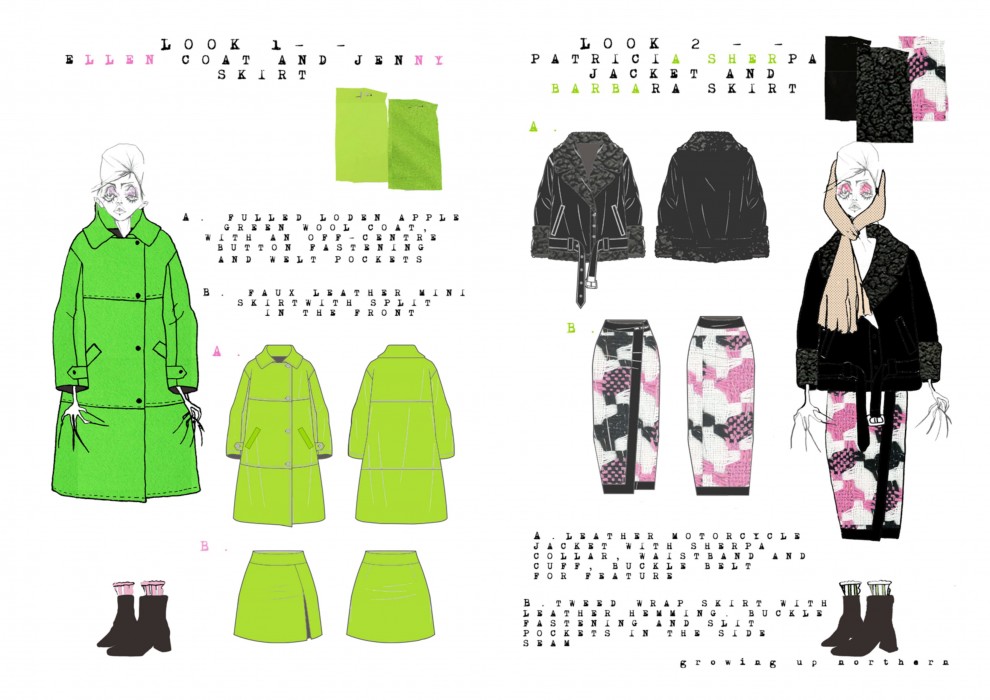 Growing Up Northern
Looks 1 and 2 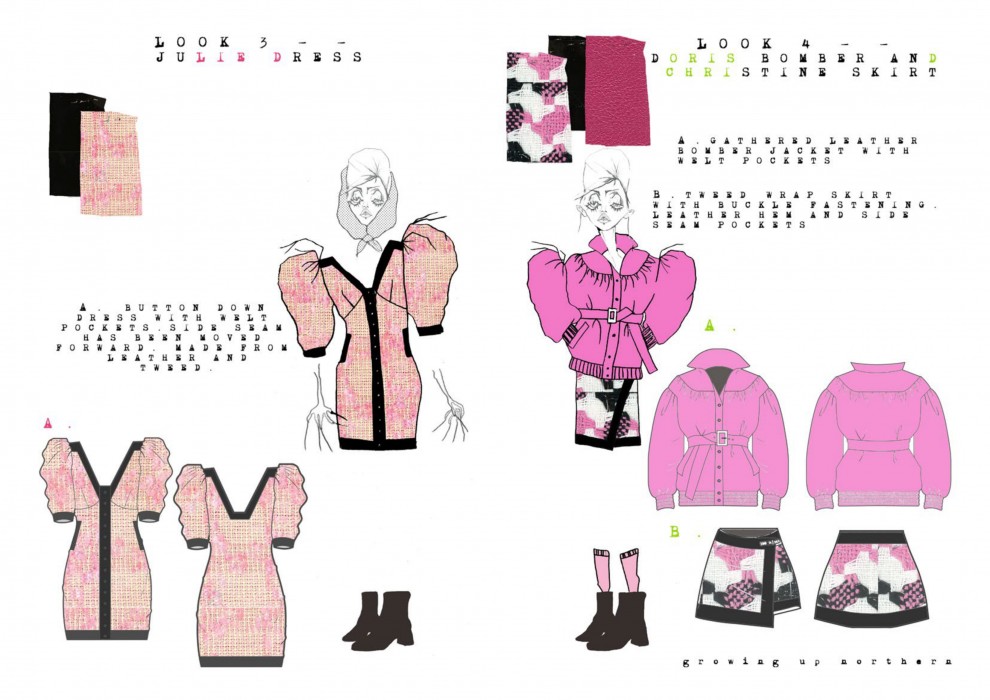 Growing Up Northern
Looks 3 and 4 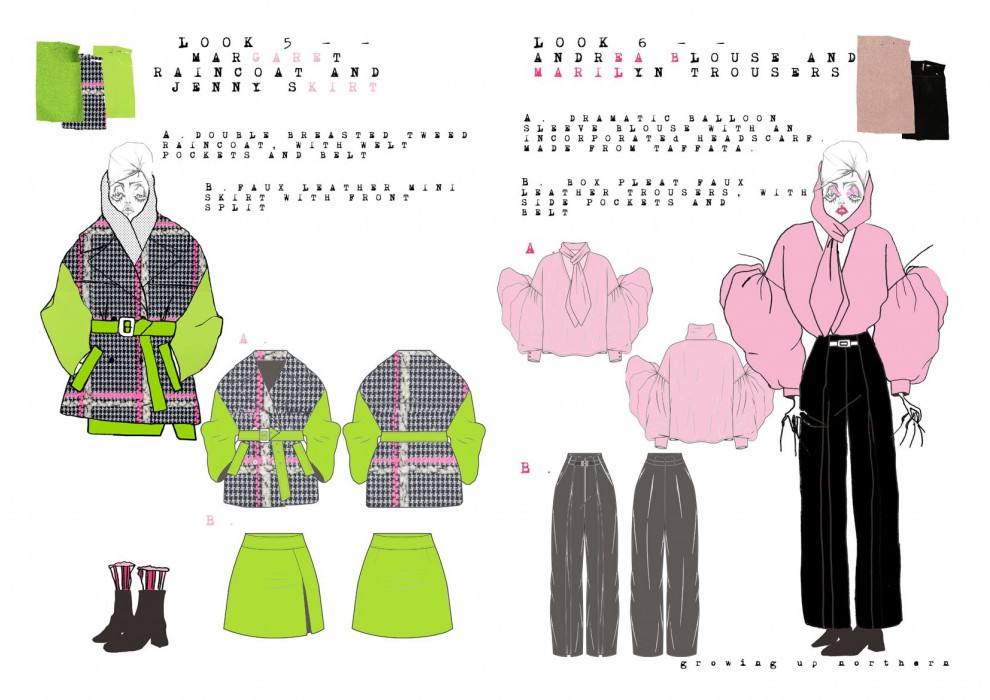 Growing Up Northern
Looks 5 and 6