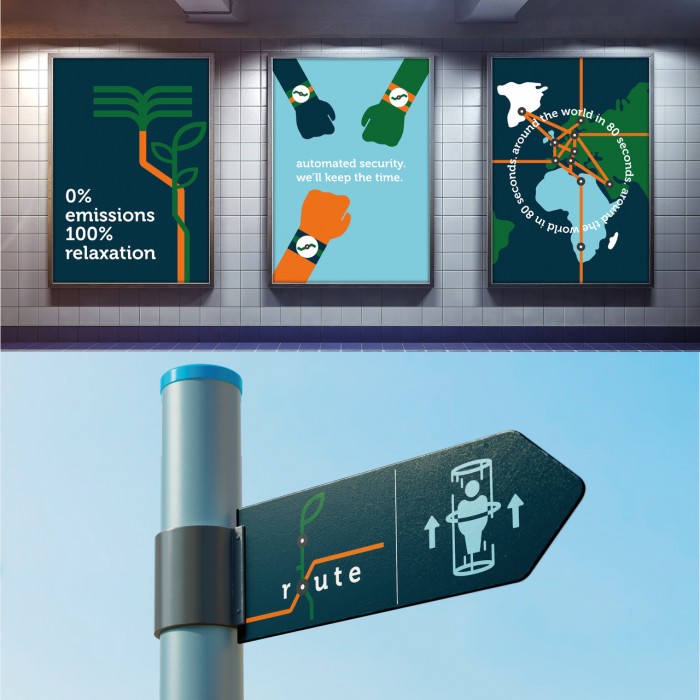 Route imagines how a teleportation brand may look. Maddie Barker’s futurologic brand embraces the teleportation as an environmentally efficient and clean alternative to aeroplanes. The teleportation devices are situated at airport-like ‘stations’.

The basis of the identity was inspired by simple, line-based subway maps, which offers a flexible, yet fun, shorthand transport language – the promotion animation, for example, shows the line of the logo being used to create different landmarks around the world. The brand name, Route, is almost homonymous – symbolising a direction of travel yet recalling tree roots, represented by the leaf in the logo, an echo of the eco-conscious nature of the brand. The font used, Museo, is a serif font yet has a soft and organic look which combines with the simple line-based logo to uphold the friendly and conscious messages of the brand.

The branding consists of a logo, a wayfinding signage system for the stations, and static and animation-based advertisements.

For Barker, design isn’t just clever thinking and ideas, but a catalyst for expression. She loves loud, proud, and colourful design that defies trends and pushes her out of my comfort zone. Her primary interest is in brand design and identity, but she recently have also developed an interest in publication design, which she has explored through her project Aliens on Earth. 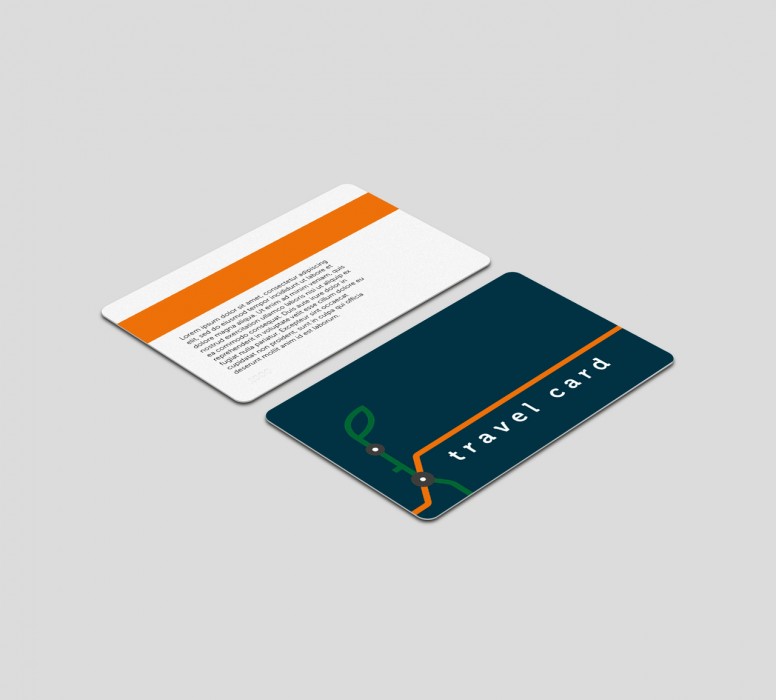 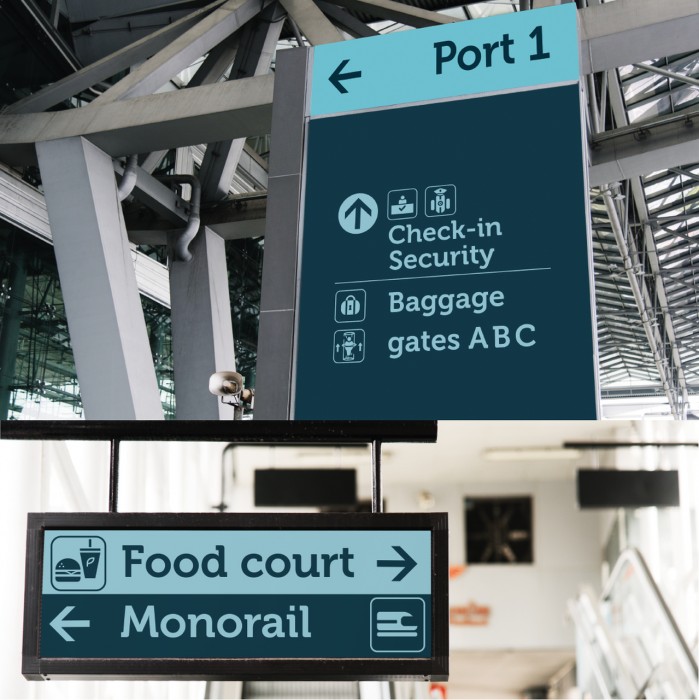 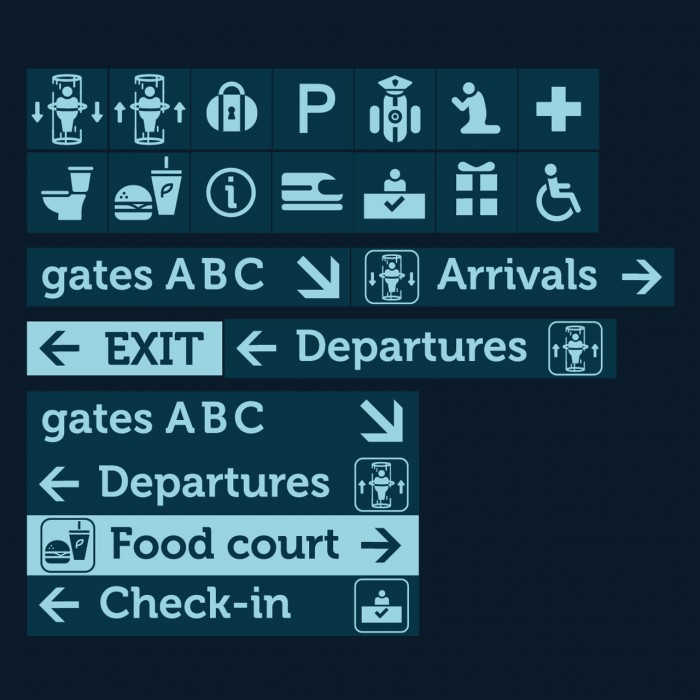 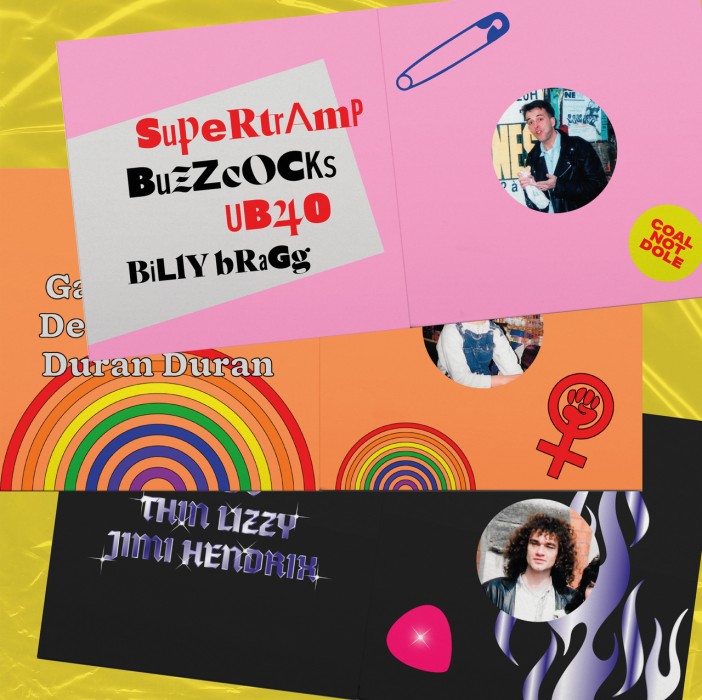 In Our Genes
A trio of designed vinyl sleeves based on a series of interviews Barker did with people who experienced their youths in the 70s. The volatile political environment in 1970’s Britain subsequently affected music, and this lead to the births of many subcultures - which were often based on shared fashion senses and beliefs. Because of the Covid-19 crisis, these could not be physically made - so a virtual exhibition was held: with each sleeve correlating with an individually linked Spotify playlist. 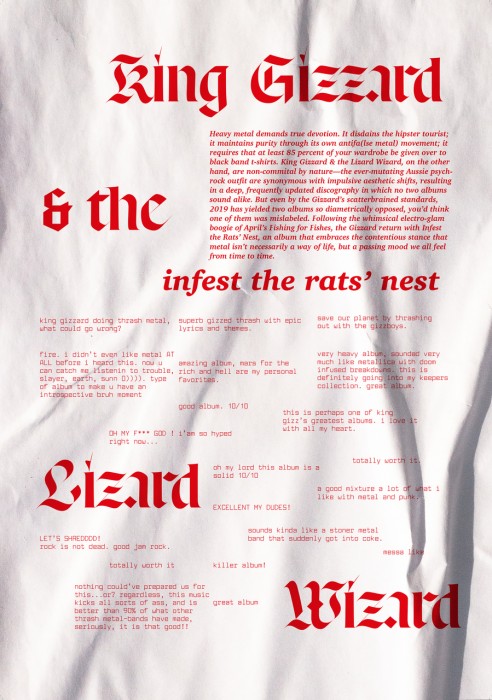 Infest the Rat’s Nest
A typographic poster based on Infest The Rat’s Nest an album by Australian psych rock band King Gizzard and the Lizard Wizard. The A0 poster features a written synopsis from the pitchfork article written about the album and some of the comment reviews left by Google users. 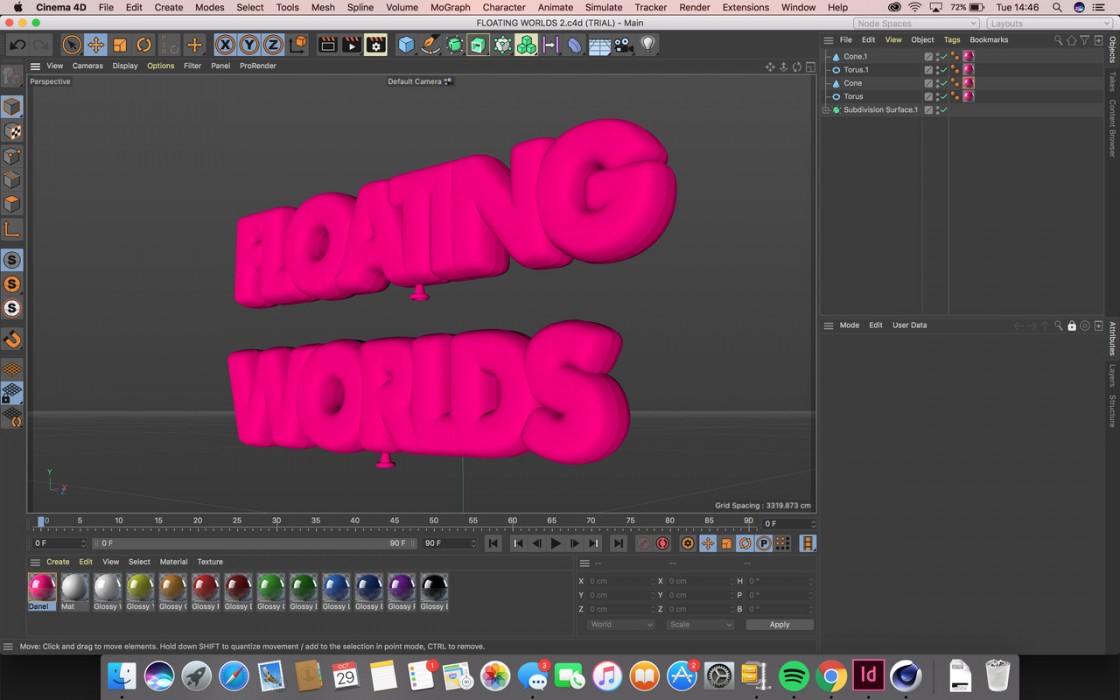 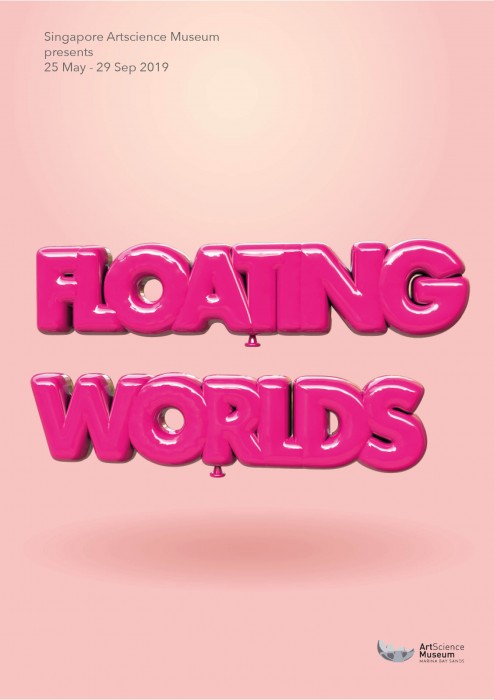 Floating Worlds
A speculative poster based on the art exhibition Floating Worlds at the Singapore ArtScience museum during summer of 2019. The exhibition featured a multitude of pieces by various artists centred around inflatables and balloon fetishism. The 3D lettering on the poster was created using the Cinema 4D software, and was inspired by some of the large plastic inflatables featured in the exhibition. 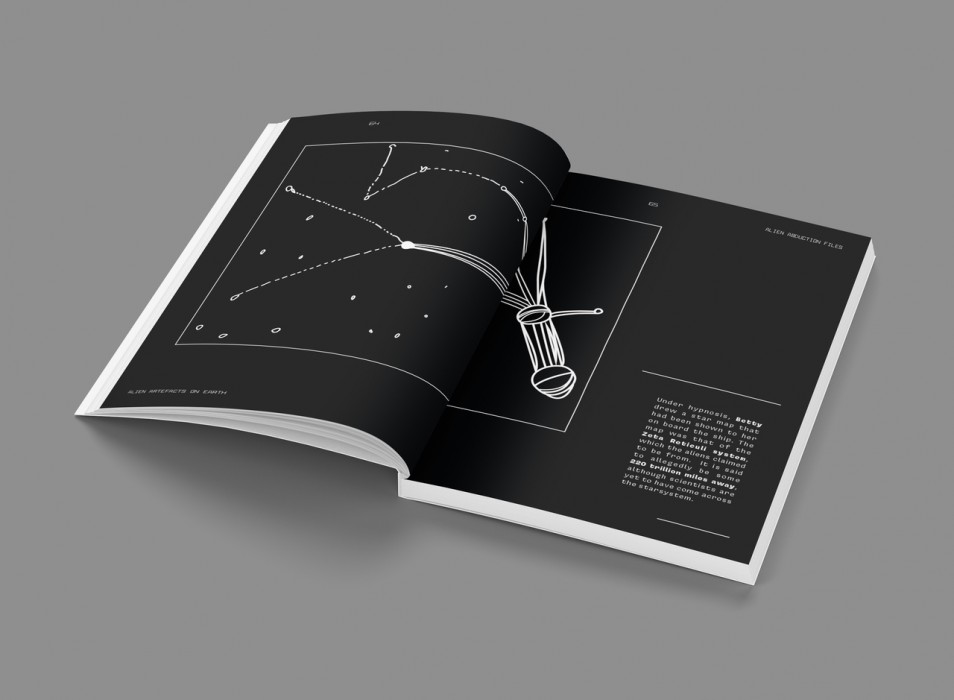 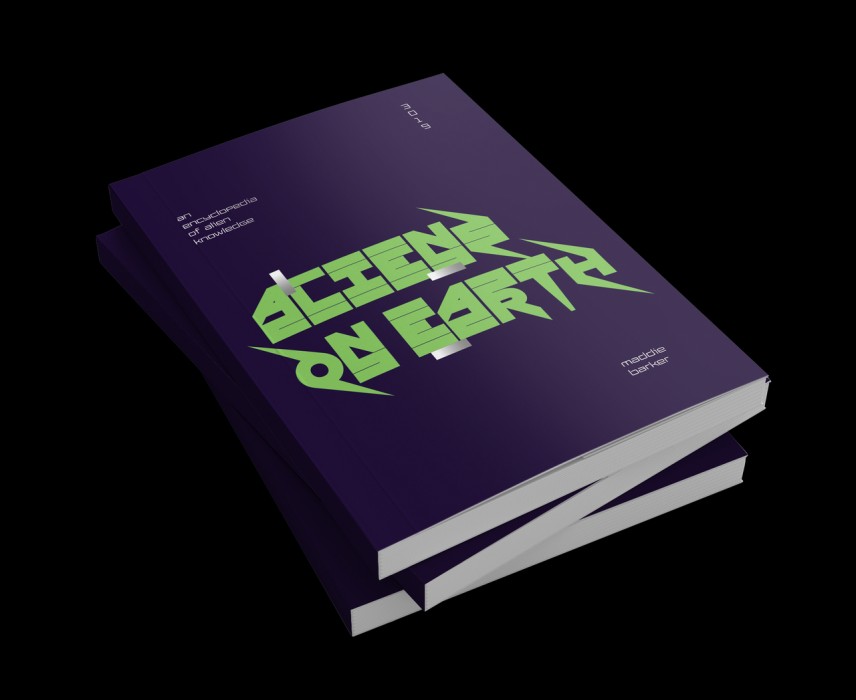 Aliens on Earth
A project exploring man's fantasy with extra-terrestrial life visiting earth and the relationship we have established with conspiracy theories and folklore surrounding aliens. Read Aliens on Earth 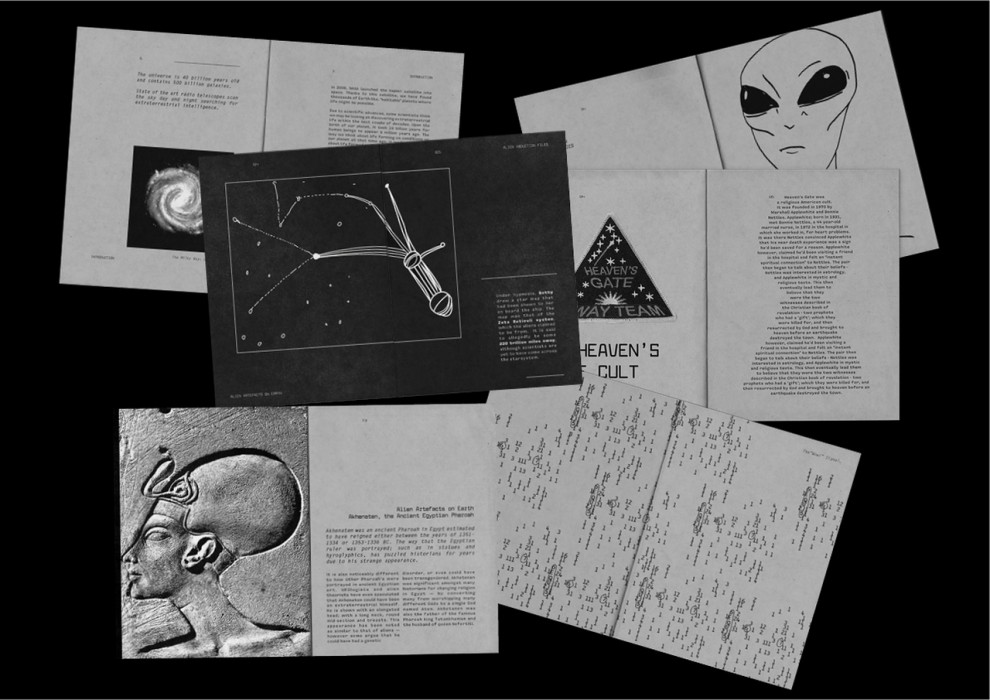