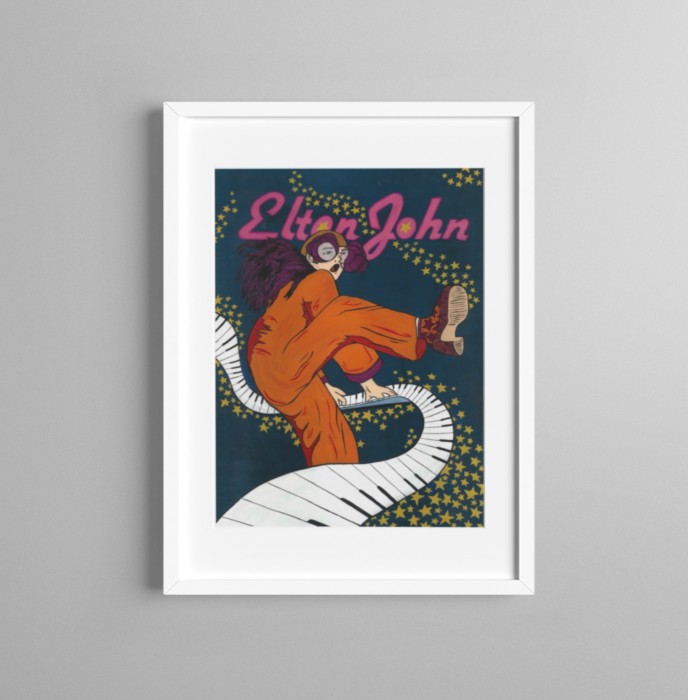 Due to the Covid-19 restrictions, people stayed inside for lengthy periods of time, which can have a negative effect on mental health. Listening to music is proven to have a positive impact on mood and this inspired Charlotte Dales to create paintings advertising singers.  She chose artists from the seventies for the project, titled ‘That 70’s Song’, as this music is known for having a positive and upbeat vibe. Dales grew up with seventies music, and claims that this music is a huge help to her in testing times. Through this project, she wanted to encourage younger people to enjoy the aesthetics of ‘old’ music, and show them it can be enjoyed just as much as songs in the current charts.

Dales is deeply inspired by social activism movements and feminism, and likes to use her voice in her work, even if it does “ruffle a few feathers”. She created a colourful digital comic on body confidence to encourage herself and others. She has also made political statements through embroidery and digital design, in her ‘Eat the Rich’ project. In the future, Dales plans to continue making art that is important to her. 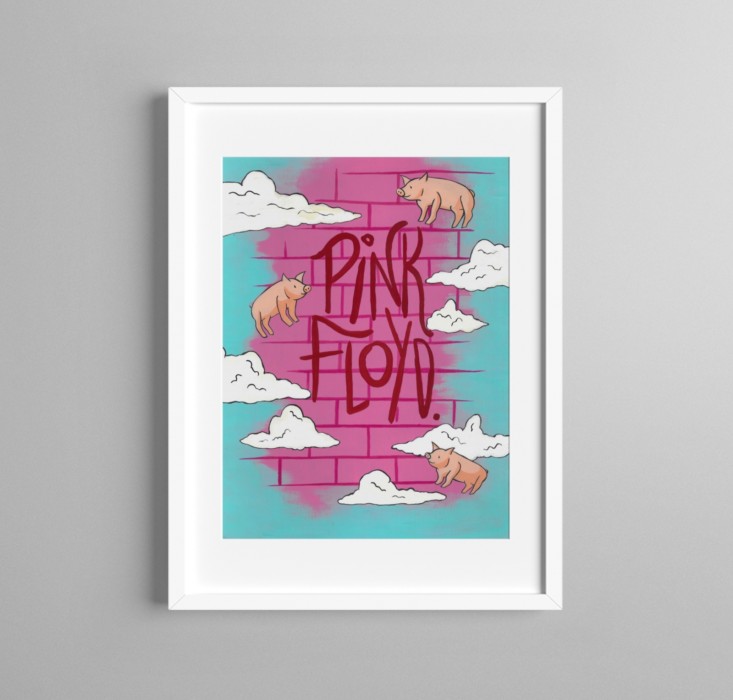 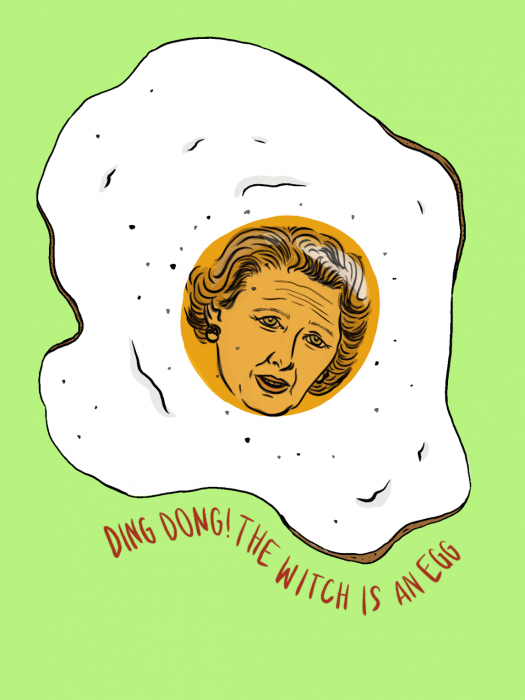 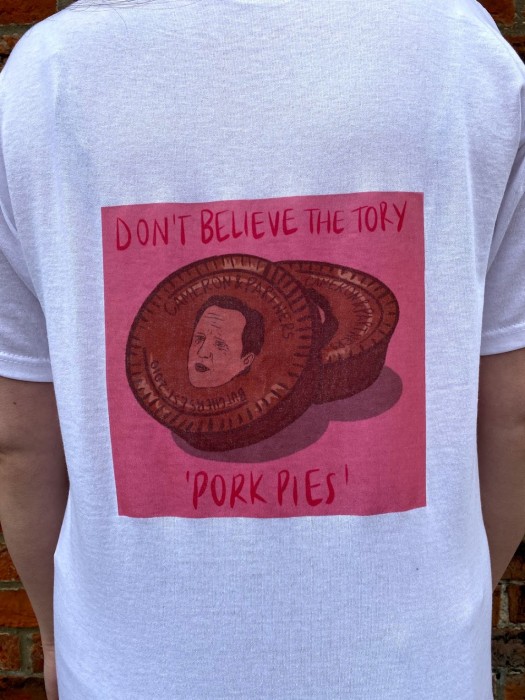 Eat The Rich – T-Shirt
A T-shirt with a pink political design printed in ink, Ink and fabric, 2021 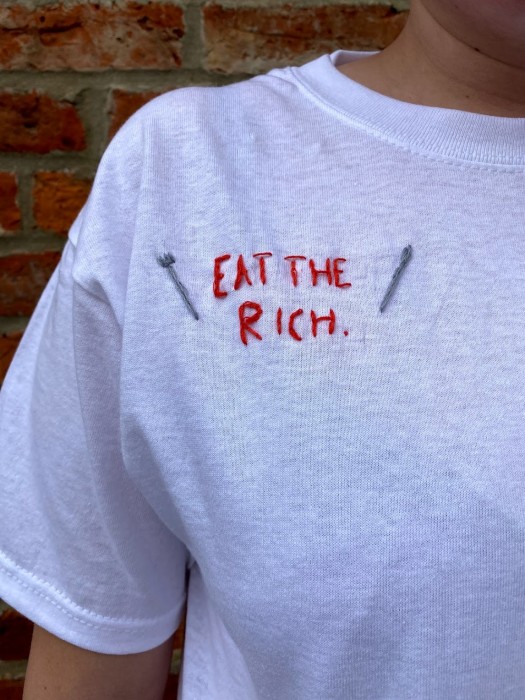 Eat The Rich – Embroidery on T-Shirt
Embroidered lettering on a T-shirt, 2021 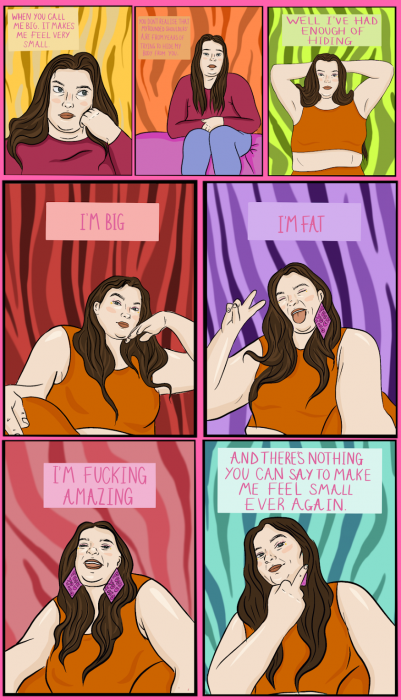