Unfortunately your browser is not supported. If you want to view this site you need to upgrade to a modern browser like Chrome, Safari, Edge or Firefox
Joshua Wells
Fine Art
Joshua Wells
please be nice to me
Fine Art 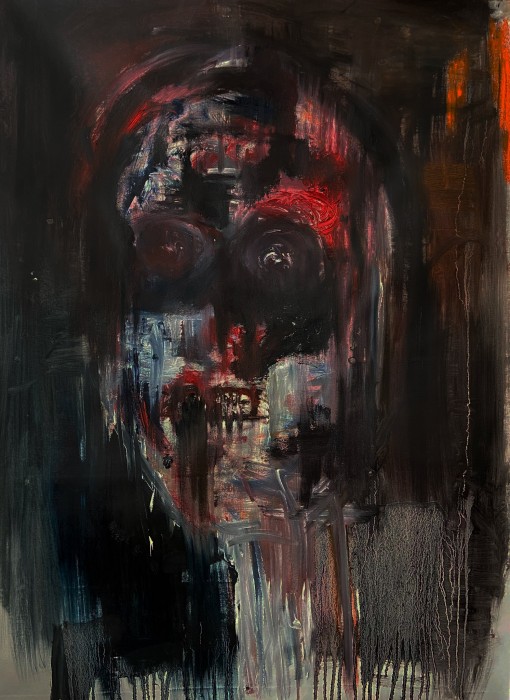 please be nice to me

“the convergence of a living reality and a dream”  -Andre Breton

For Joshua Wells, art can explain the inexplicable and describe the indescribable. When he was admitted to an Early Intervention Service for Psychosis,

“the feeling of experiencing something that is so paradoxically psychotic when compared to ‘Reality’, is something that was, and still is profoundly bewildering.”

Psychological manifestations have been uncovered in many states, such as emotion, body communication, dialogue, childhood, and behaviours. Wells works on the blurred line between reality and delusion, informed by advances in research into communication patterns and their correlation in psychology.

He uses the Surrealist technique of Psychic Automatism as a tactic to articulate aspects of his unconscious, emulating a confrontation with the psyche, manifest through raw, vulnerable depictions of the human form, visualising intense psychological states. 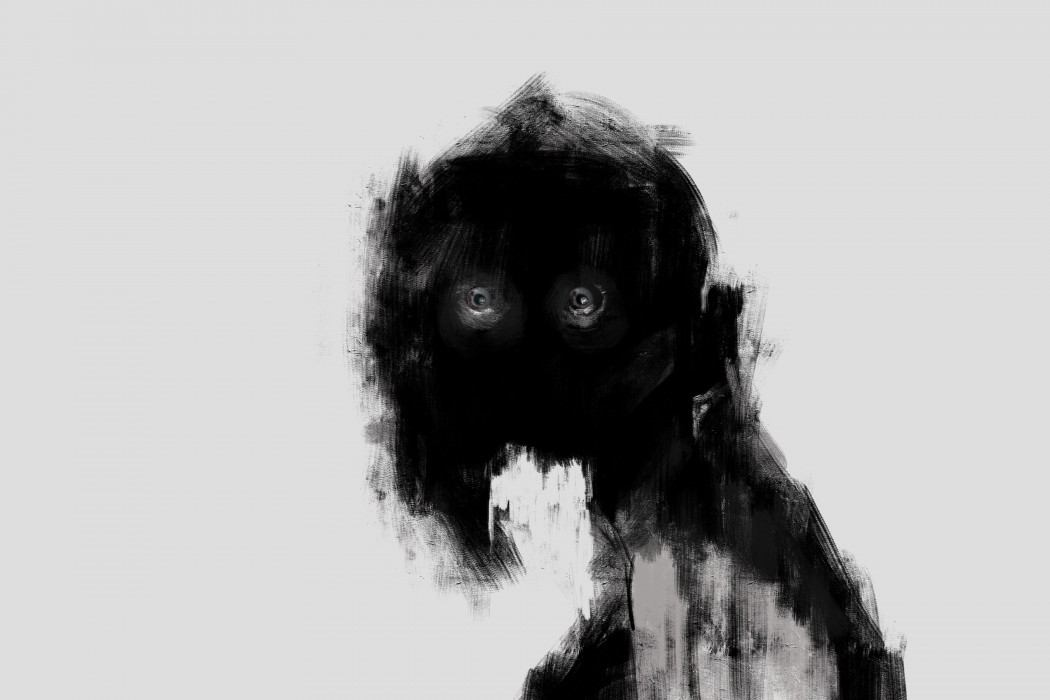 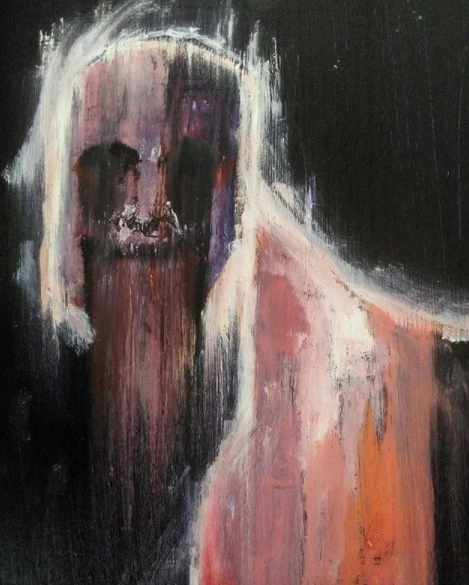 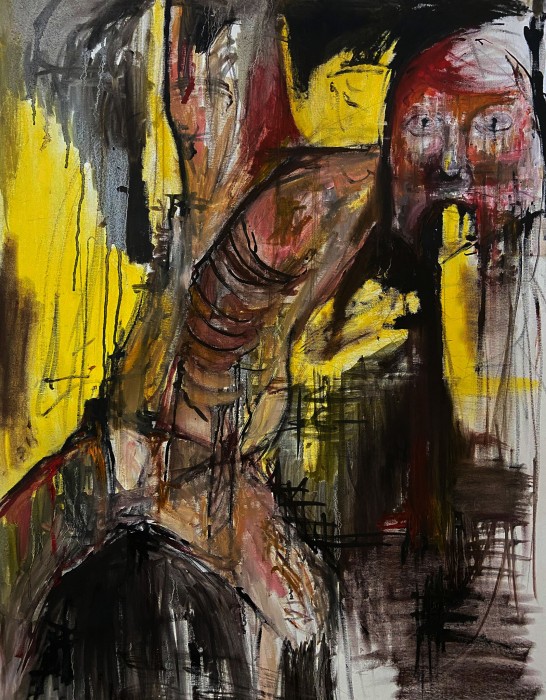 me when i’m eating fistfuls of shredded cheese at 3am and mum turns on the light – Joshua Wells – JOSH WELLS
acrylic, oil, pastel and ink on canvas, 80 x 105 cm 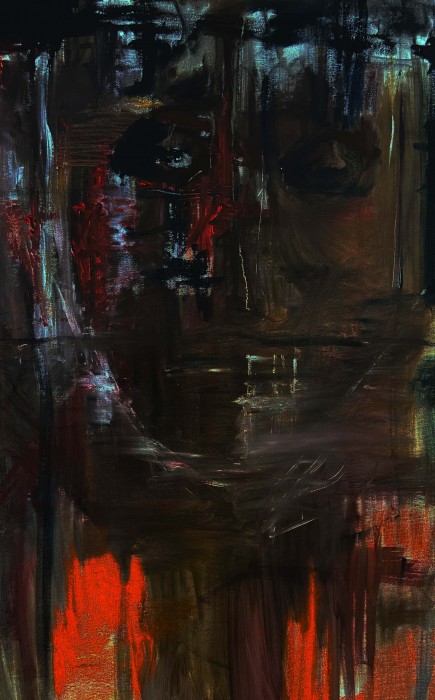 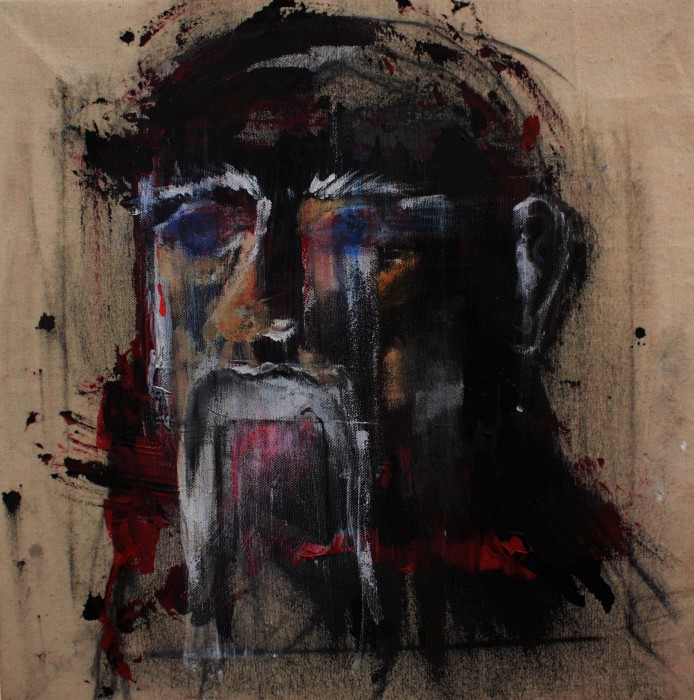 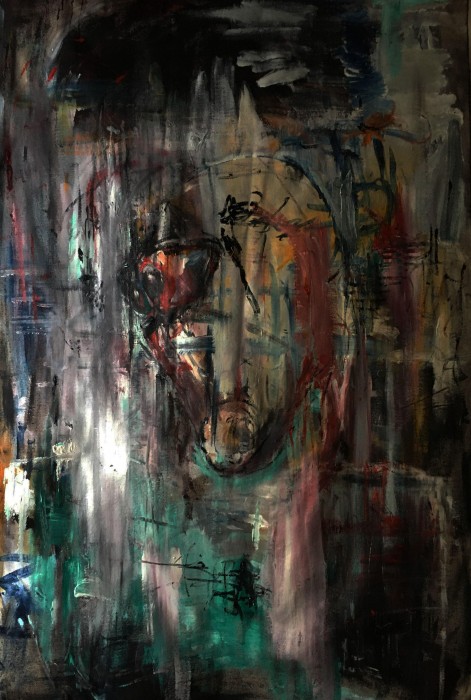 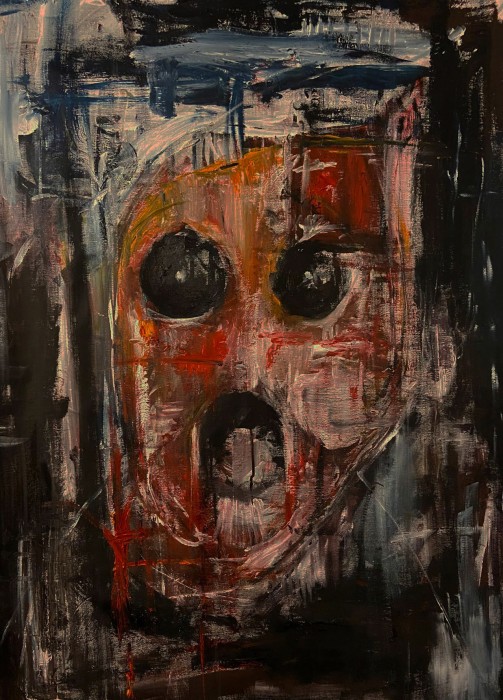 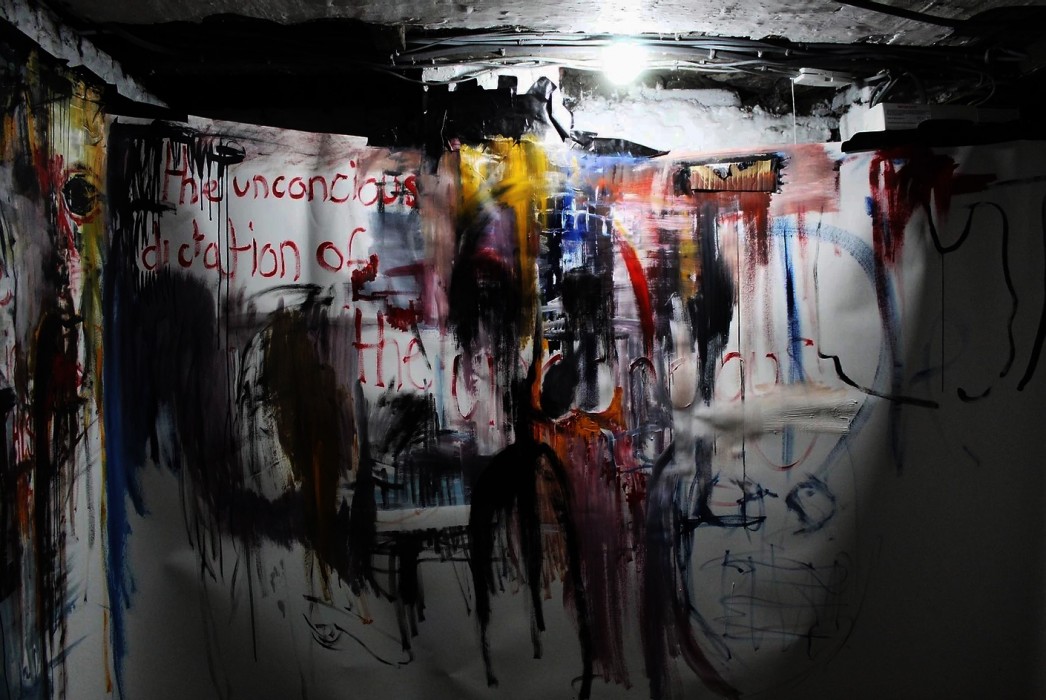