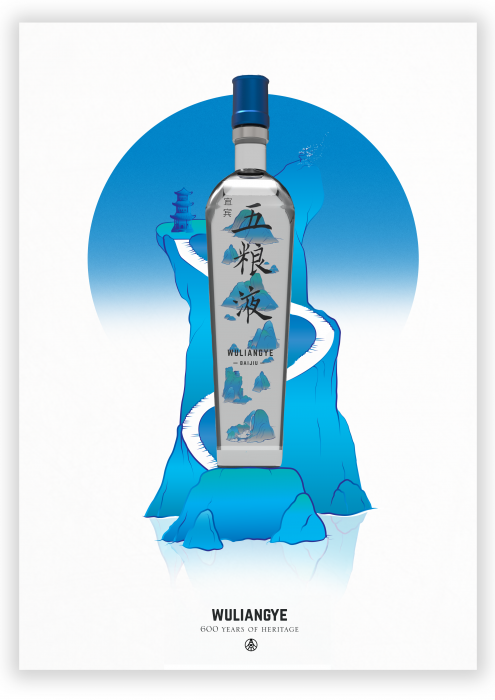 Nathan Reynolds’ has produced a concept for Wuliangye, a brand of Baijiu in China, aimed at western consumers. Wuliangye dates back to the Ming Dynasty (1368-1644 CE) which heavily influenced the design style. The resemblance to the artist Qiu Ying, one of the four masters of art in the Ming dynasty, is clear in the poster and bottle design. Mountains and rivers also have an important role in the production and history of Wuliangye, hence the focal point of Reynolds’ work. 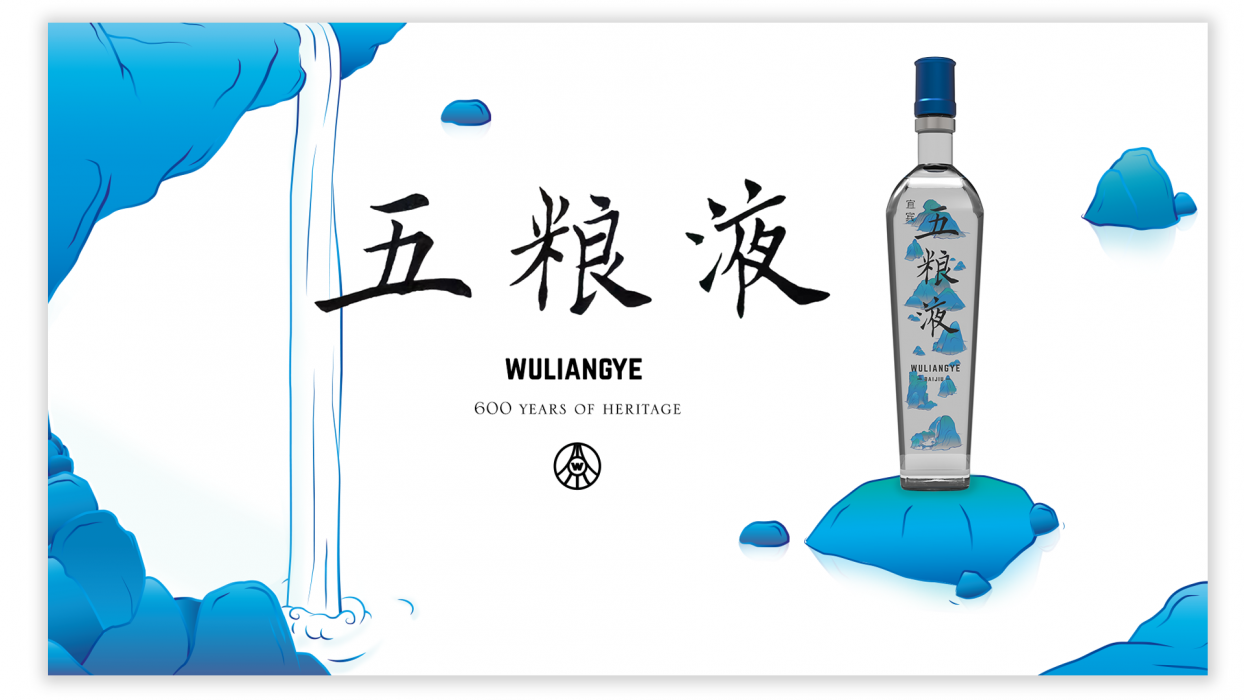 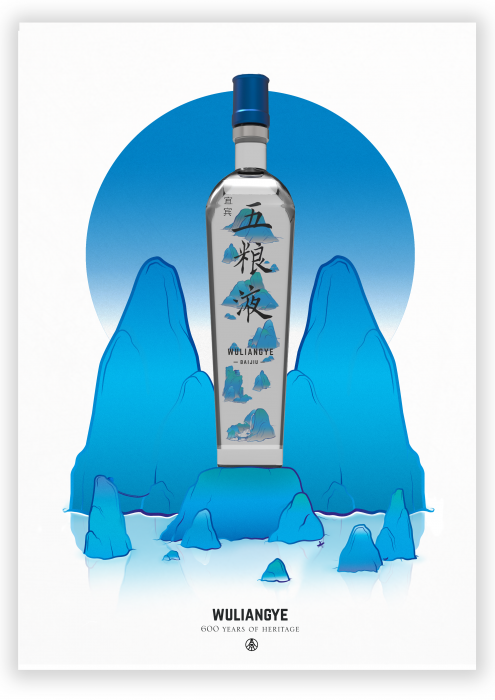 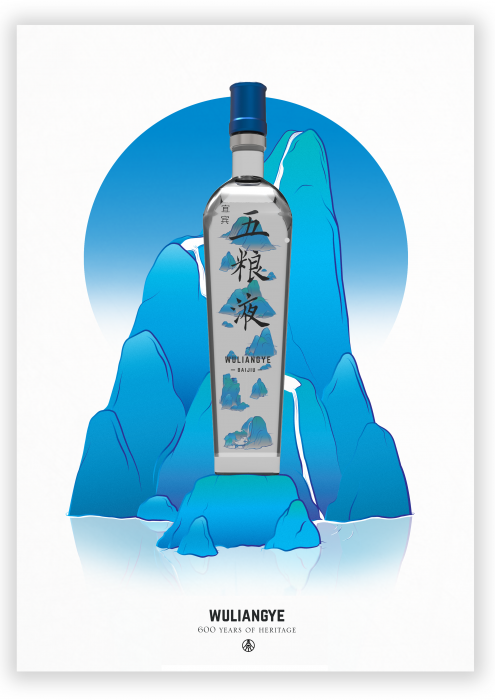