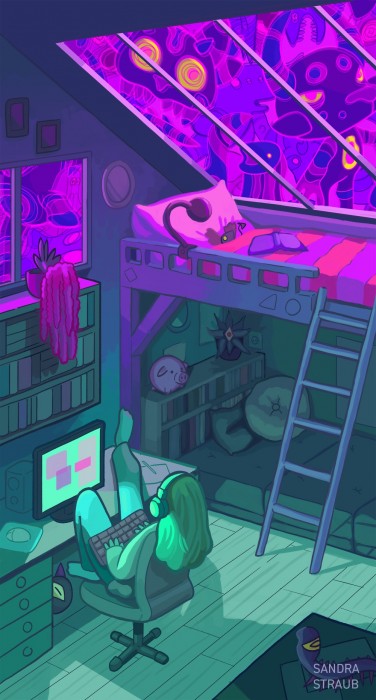 No Demons at Home

“There’s no demons at home.
But we can see them through the windows, if we’re not careful.
About the feeling of home as a fragile sanctuary from the world, of escape through fantasy and media, and just how fleeting that escape really is.
Because they’ll still be there. Right outside the windows.”

Sandra Straub’s illustration, No Demons at Home explores identity and representation, with the question of who should be making media focusing on the experiences of marginalized groups. As a queer woman herself, Straub was uniquely situated to reach out to other members of the LGBTQ+ community to research what sort of representation of queer people they would like to see. The responses to her interviews showed that there is a distinct need for media portraying queer people in situations that are not tragic or overblown to show the comforting, everyday experiences of queer people, what she calls ‘cosy queer’.

Straub creates primarily two things: cosy little scenes and, as her father once put it very succinctly, “pink gay shit”. And she’s proud of it.

Because, in her opinion, there’s a very severe lack of pink gay shit in mainstream media, and the LGBTQ+ community is allowed to be loud, and proud, and as pink and gay as they please.
However, it can’t always be about being loud. There’s also worth in quiet, in coziness, in spaces that allow queer people to simply exist in peace. Often, these spaces are our homes – She depicts those, too, with detail and care and an eye for colour. To Straub

“an artwork doesn’t need to have a backstory that can fill a book. A place of peace and joy and safety is something that we often lack in these times, and I find comfort in knowing I can provide a tiny glimpse of such a thing, at least. Of queer cosiness. Of queer happiness. I hope to bring more of that into the world.”

Straub was born Kamen, Germany, a small town near the city of Dortmund. She has previously studied illustration at WAM Media Academy in Dortmund. She is planning to move to Frankfurt, to pursue a career in freelance illustration. 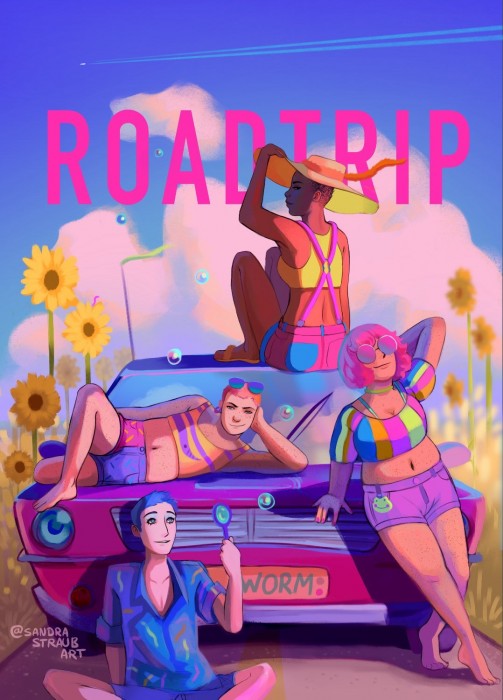 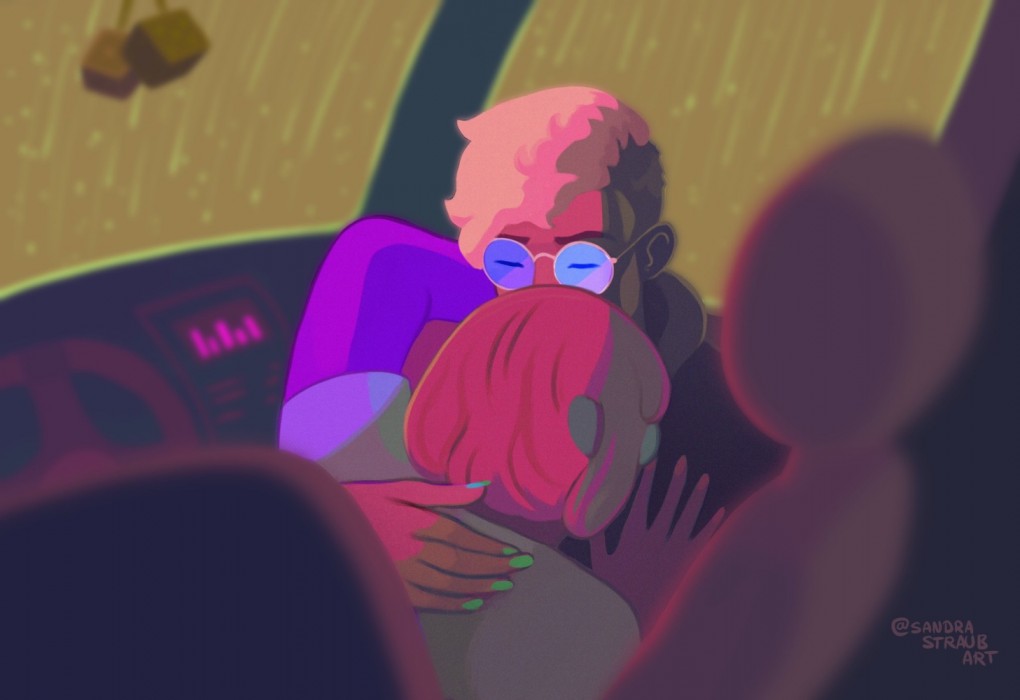 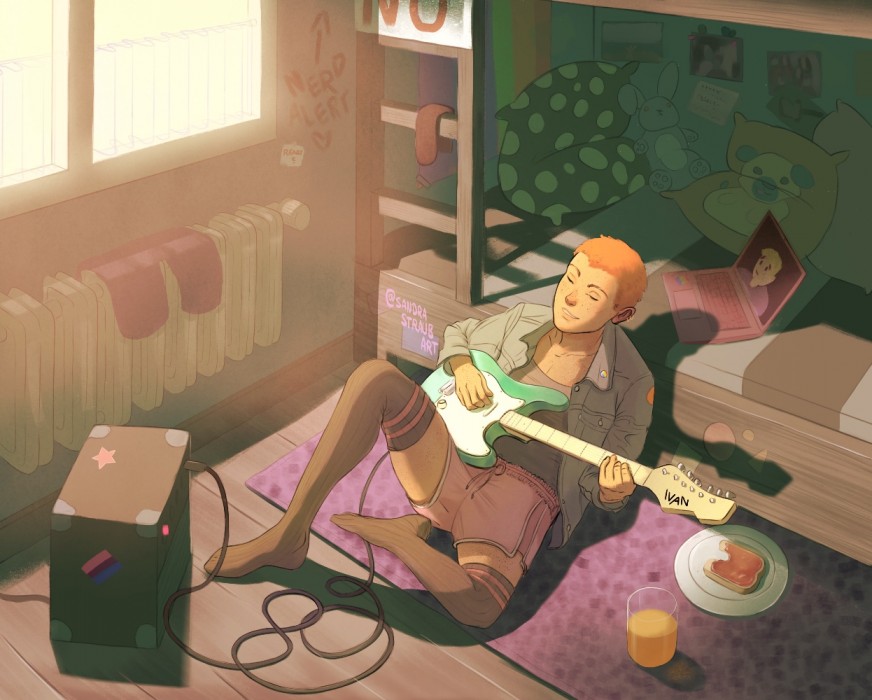 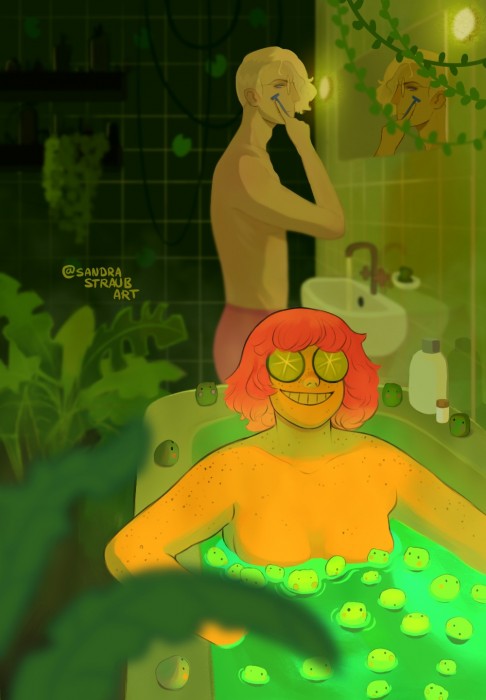 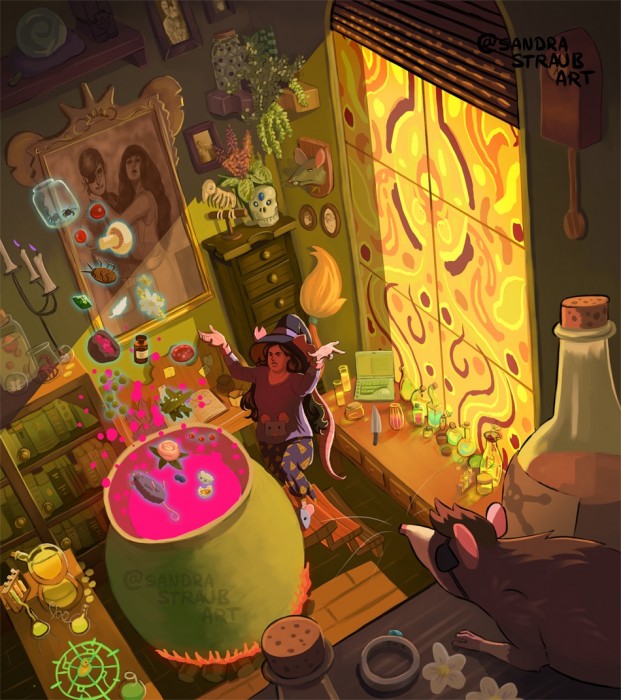 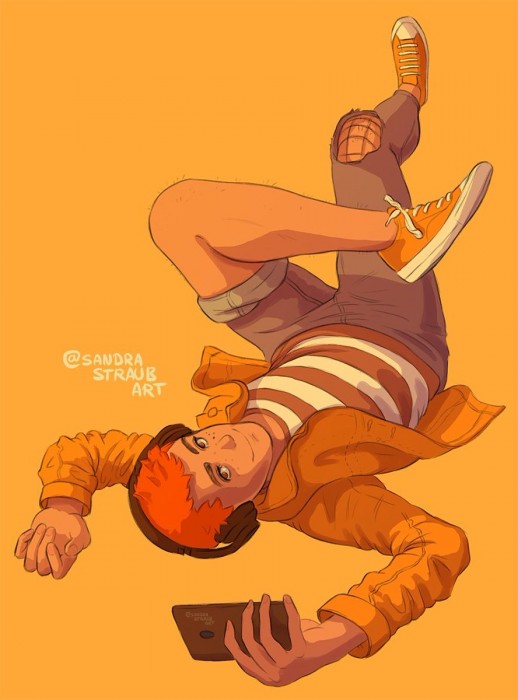