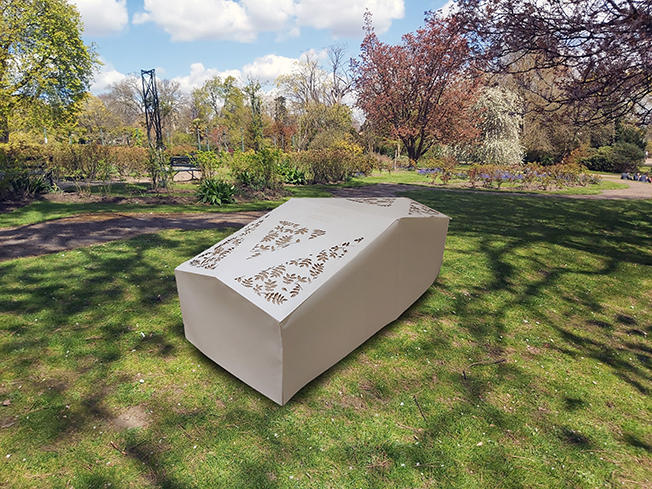 Jasna Nickell has developed a cardboard coffin with a wool lining and paper shroud that has laser-cut, customisable seed-paper panels which can be broken off and planted. Etched Legacy reimagines a coffin as packaging, improving sustainability and affordability whilst allowing personalisation. Available since the 1980s cardboard coffins (also known as picture coffins) allow personalisation through printing images directly onto the cardboard surface. Cardboard coffins are more material-efficient than wooden coffins using 40% less wood, and they are quicker to produce.

Steeped in tradition, the funeral industry has not changed much in decades. Yet affordability, sustainability, and intimacy are becoming ever more prominent in people’s thoughts. Traditionally associated with the budget end of the coffin market, cardboard coffins typically have a basic design and are associated with an undesirable austere appearance. Etched Legacy challenges this is a personalised eco-friendly burial alternative. 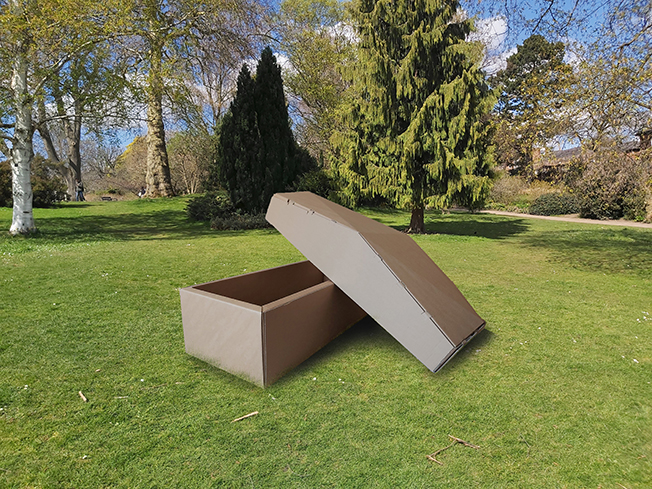 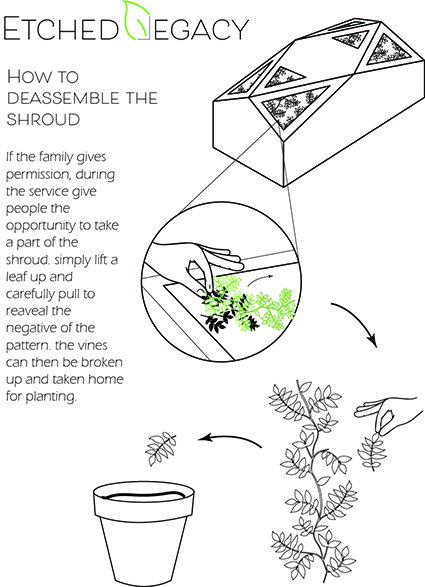 Information Leaflet
An information sheet accompanies the coffin, explaining how the shroud can be taken apart 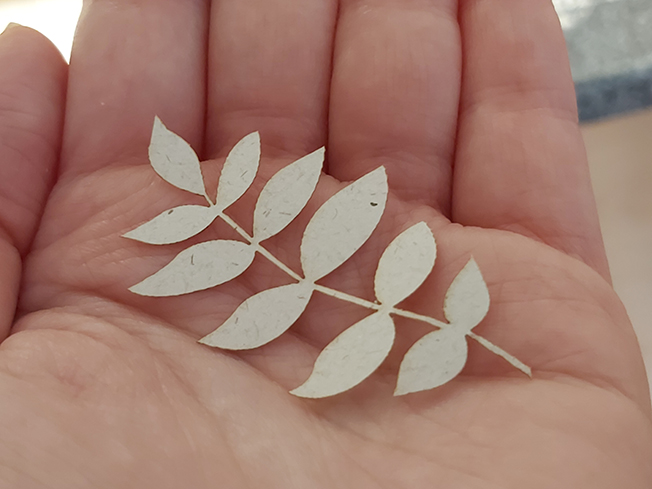 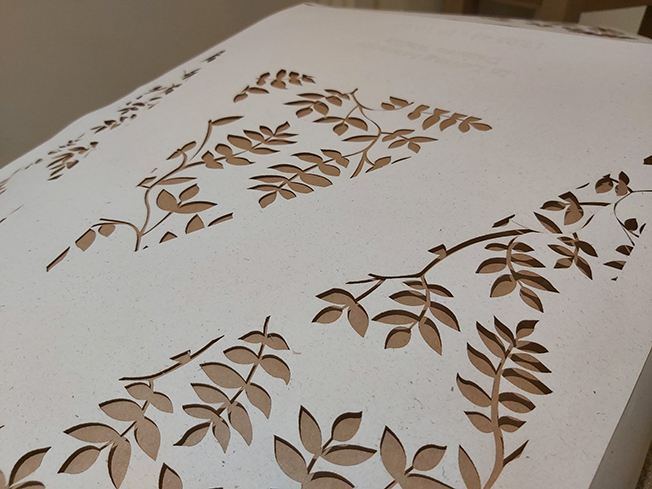 Seed Paper Shroud
Once the paper leaves are broken off, a negative is revealed, creating a beautiful play on light